Have you heard?
OpenInvest named to Fast Company's Most Innovative Companies of 2020 List and won big at the FinTech Breakthrough Awards
READ MORE →
Get a Demo 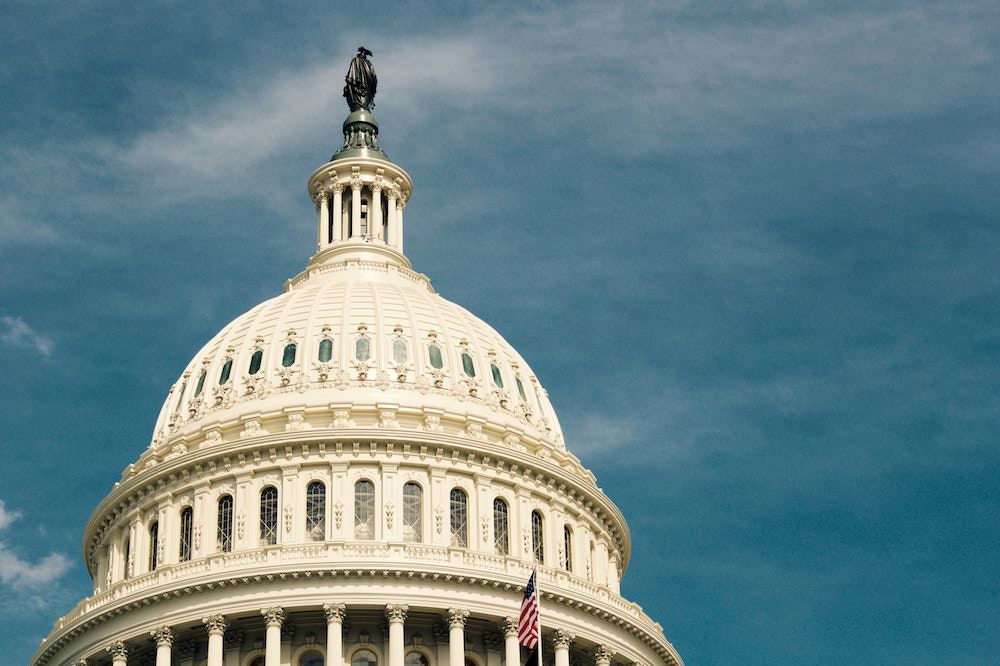 In case you don’t already know, let’s get a little definition out of the way. Lobbyists are people who take on the process “of influencing public and government policy at all levels: federal, state, and local.” If you’re the typical American voter, you think lobbying is a problem in America, and you’d be right. You’re worried that special-interest lobbyists are writing our laws and telling our politicians how to vote – and that, as a result, policy disproportionately benefits big corporations.

What you might not know, however, is why lobbyists have so much power. In this series of posts, I argue that lobbyists have gained enormous influence by making themselves useful. They provide resources that lawmakers desperately want, the most important of which is expertise (not, as House of Cards would have you believe, campaign money). Until we invest in government’s capacity to do its own legislative work, special-interest lobbyists will have disproportionate influence in our policymaking process.

In this first piece, I describe America’s current lobbying landscape: how lobbyists overwhelmingly represent business groups, how that skewed representation leads to policies that harm American voters, and why the problem won’t go away on its own.

If the lobbying community equitably represented both public and private interests, perhaps lobbyist influence would be less concerning, as it would presumably lead to policy outcomes that served a broad swath of Americans. But this is not the case.

Wealthy interests dominate the lobbying landscape. And while rich individuals sometimes lobby on their pet public interest issues (e.g. George Soros and comprehensive immigration reform), most lobbyists represent business interests — a fact lobbying scholar Lee Drutman calls one of “the most timeless findings in all of political science.”

The raw numbers speak for themselves:

1. The political agenda is disproportionately focused on business issues — not the needs of the public. Policymakers increasingly spend their time on the issues that matter to business groups. Left off the table are the concerns of broader sectors of the population.

2. Corporations get $4.4 trillion in federal contracts and subsidies. A 2014 Sunlight Foundation report found that lobbying earns corporations a huge return on investment: “for every dollar spent on influencing politics, the nation’s most politically active corporations received $760 from the government.” In other words, taxpayer money is being redirected to the highest-spending business groups.

3. It’s harder to change the status quo — unless you’ve got big business on your side.The policy environment is crowded and competitive, with each group lobbying for its own interests. In order for one group to break through the noise and push its policies through the legislature, it typically needs vast financial resources — an easier feat for corporations and business or trade associations than for public interest groups.

4. Policy is more complex and confusing — which helps special interests hide regressive policies from the public. As legislators try to meet the policy demands of a wide array of business lobbyists, the major legislation that does get passed “is increasingly an incoherent set of compromises necessary to buy the support of a wide range of particular interests.” (A clear case in point is the Affordable Care Act, which ultimately provided $1 trillion in new revenue to insurance companies, largely in the form of subsidies.) Complexity in legislation undermines broad public understanding of policies – and bills drafted by interest groups are particularly (perhaps purposefully) complex. In California, for example, group-sponsored bills are between 27 and 32% longer than non-sponsored bills.

As policy gets more complex and confusing, lawmakers can more easily hide special-interest giveaways from the public. As scholar Steven Teles wrote in National Affairs, “The complexity and incoherence of our government often make it difficult for us to understand just what that government is doing, and among the practices it most frequently hides from view is the growing tendency of public policy to redistribute resources upward to the wealthy and the organized at the expense of the poorer and less organized.”

In sum, wealthy interests have skewed the policymaking process in their favor, resulting in distorted policy outcomes that fail to serve the public interest.

This problem will not disappear on its own. Lobbying is a booming industry; over the past two decades, federal lobbying spending by business interests has skyrocketed, increasing by 85 percent between 1998 and 2010. (While this spending has slightly declined in recent years, it is unlikely that lobbying activity has decreased; rather, DC insiders speculate that lobbyists are instead merely adjusting their behavior to avoid meeting the legal threshold for registration — and therefore disclosure. In other words, behind the numbers almost certainly exists a vast and underreported shadow lobbying economy.)

State spending is also on the rise. From 2013 to 2014, registered lobbyists spent at least $2.2 billion to influence state lawmakers — and this number “vastly underestimates the total spent,” as it comes from just 28 states with available data. Each of these states experienced a dramatic increase in lobbying spending over the past 10 years; in six states (North Carolina, New Jersey, Wisconsin, Kansas, Arizona, and Ohio), spending more than doubled.

Not only has spending increased, but so has the number of entities lobbying state legislators. Since 2010, special interest entities have increased their presence in state capitols by ten percent.

Business interests are likely to continue dominating the lobbying environment, because — unlike public interest groups — they have both the means and the motive to lobby.

The means: Hiring lobbyists costs money. Businesses have ready access to capital, along with an existing decision-making structure that allows them to easily allocate funds to political activity. Public interest groups, meanwhile, rarely have consistent, steady sources of income that can be used for lobbying expenses.

The motive: Many potential policy changes would have a concentrated impact on business interests but only a dispersed impact on the general public. As a result, business groups have “the biggest incentive to remain vigilant and active.” For instance, a small policy change might save one company millions of dollars in corporate taxes (a concentrated benefit) while barely costing each individual taxpayer anything, since the cost of the tax break is spread across all taxpayers (a dispersed harm). The company will be highly motivated to lobby for this particular policy change, whereas the broader public will be far less eager to engage.

In the coming pieces, I’ll explain why lawmakers turn to lobbyists for help with fundraising, writing and passing laws, and finding private-sector jobs after leaving government. I’ll review previous attempts to stop lobbyist influence at the state and federal levels, and why they haven’t been enough. Finally, I’ll present a series of policy reforms that would go a long way toward fixing our nation’s broken lobbying system. Stay tuned.

(A version of this post written for the New Leaders Council first appeared on Medium.)

Charlotte Hill is a policy and communications strategist dedicated to reforming government so that it better serves the public interest. She has a master’s degree in public policy analysis from the University of California, Berkeley, and is earning her doctorate degree at UC Berkeley’s Charles and Louise Travers Department of Political Science. Charlotte recently served as the senior communications director for Represent.Us, the nation’s largest grassroots anti-corruption campaign. Prior to joining the staff, she sat on the organization’s national board of directors. She has developed and managed communications programs for multiple organizations, including global advocacy platform Change.org. Charlotte has received numerous awards for her academic and political efforts, including the Jacob K. Javits Political Leadership Scholarship, the UC Berkeley Graduate Fellowship, and the Aspen Institute Socrates Program Scholarship.

Learn more about working with OpenInvest