Have you heard?
OpenInvest named to Fast Company's Most Innovative Companies of 2020 List and won big at the FinTech Breakthrough Awards
READ MORE →
Get a Demo

Who’s in Prison in America? 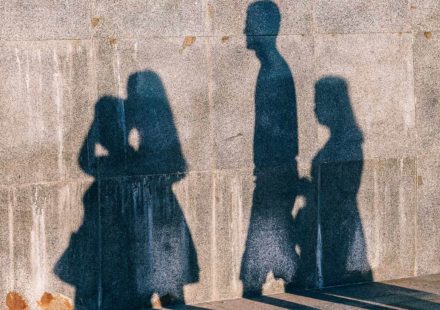 The US is the world leader in incarceration, but not all Americans are incarcerated equally. Here are some staggering statistics about just who’s in prison in America.

A staggering 2.3 million people are incarcerated in the US – a 500% increase over the last 40 years.1 The boom doesn’t come from rising crime but rather changes in law and policy, initiated by President Nixon, which led to a dramatic increase in the number of people punished with prison time. As the number of incarcerations soared, prison industrialists saw an opportunity to capitalize and started bidding for the right to incarcerate Americans, leading to a ‘profit before welfare’ attitude to inmate populations that often include the mentally ill and vulnerable. The prison industrial complex, which is in part operated and funded by public companies (and the public), could very well keep growing under the auspices of a pro-incarceration and pro-private prisons administration. Here are some fast facts about incarcerated Americans…

‍1) Many people shouldn’t be in prisons A rapid increase in inmates has resulted in overcrowding in prisons, fiscal burdens on states, and the rise of private prisons where abuse and neglect are shockingly prevalent. Yet growing evidence suggests mass incarceration does not prevent crime. Indeed, a 2016 report by the Brennan Center for Justice at NYU School of Law, concluded that 40% of the US prison population – 576,000 people – are behind bars with no compelling public safety reason.

‍2) Race plays a huge part People of color account for 37% of the US population, yet they represent 67% of the prison population. Black men are nearly six times as likely to be incarcerated as white men, and federal courts imposed prison sentences on black men that were 19% longer than those imposed on similarly situated white men between 2011 and 2016.2 Meanwhile Hispanic men are more than twice as likely to be incarcerated as non-Hispanic white men and face sentences 5% longer than white counterparts according to the same report. These racial disparities are also prevalent in youth facilities. As of October 2015, there were 48,043 youth being held in juvenile facilities and 44% of these were African American. Work to cut the number of teenagers sent to juvenile facilities in favor of intervention and rehabilitation has resulted in a successful 50% drop in the last decade, with no negative impact on public safety.

‍3) Most felony convictions happen without a trial Many serious convictions don’t get heard in court because proceedings stop when the accused agrees to make a guilty plea, usually in return for a reduced sentence.  Plea bargains make up 94% of state felony convictions, and some 97% of federal ones, according to a report by The Atlantic. Estimates for misdemeanor convictions are even higher, prompting widespread concerns that too often the accused are coerced into pleading guilty or not told their full options.

‍4) Almost half a million people are locked up for drug offenses Almost 1 in 5 incarcerated people were locked up for drug offenses according to a 2017 report. Yet research shows sending drug offenders to prison doesn’t affect use. With marijuana now legalized in California, the city of San Francisco plans to impart change by wiping out cannabis convictions dating back decades, enabling formerly convicted felons to vote, apply for some jobs, and regain a variety of other rights.
‍

5) Immigrants in federal prison make up 22% of inmates The population of foreign-born people in the US is around 13.5%, yet, as of June last year, 22% of inmates in federal prison were non US citizens. Such inmates were either deemed to be in the country illegally or facing upcoming deportation proceedings.3 6) Many women in prison are mothers or domestic abuse victims There are 219,000 women behind bars in America – many of whom are mothers and victims of domestic abuse. As many as 90% of women in jail for killing men had been battered by those men4, yet women who have committed such crimes typically average 15 year sentences. In contrast, their male counterparts (who are less likely to use a weapon) are given more lenient sentences of between two and six years.5 80% of women in jails are mothers, and incarceration can lead to isolation and trauma for children left behind. Even worse, many states still shackle women during labor and even while giving birth.6   In 2016 the Obama administration vowed to phase out the use of private contractors to run federal prisons, but in February of last year the US Justice Department reversed this order, prompting renewed concerns about the human rights of inmates when the driving factor is profit. As an investor you don’t need to be complicit in mass incarceration. When you invest with OpenInvest, you can chose to divest from companies profiting from America’s penal system. Find out more about how the exploitative nature of the prison industrial complex (PIC) here.

Learn more about working with OpenInvest